95 years of history behind Strikeforce

“I keep Fountain Tomato Sauce’s original glass bottle from the 50s on a shelf above my computer. It helps remind me that while some things change, other things don’t change at all.” Hugh Hamilton, one of Strikeforce’s founding members, shares a visual memento as he reminisces over the many years he has spent working within the food retail industry. 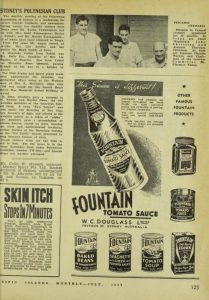 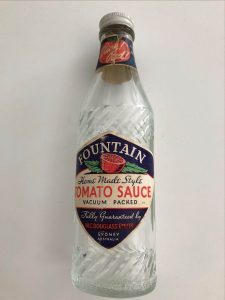 With a historic timeline that dates back to the 1920s, Strikeforce has deep roots within Australia’s food brokerage industry. From a director who served as one of Woolworths’ first supermarket managers (also the youngest at the time!) to grandfathers who were Australia’s first-ever food brokers — there’s a reason Strikeforce is Australia’s largest retail services and shopper marketing agency today. In light of 95 years of business, Hugh Hamilton and Anthony King spoke up about their family’s respective contributions towards the retail giant that Strikeforce is today. As the industry continued to evolve and take shape, Strikeforce remained at the forefront of change, consistently adapting to grow with the industry.

As a 100% Australian-owned company, with intuition built into the core of the business model, Strikeforce’s journey traces back to 1926, Sydney Harbour. The area was full of wholesalers with food being imported to be taken to different warehouses. With Australia being an island located on the other side of the world, shipments weren’t a fairly common occurrence. This often led to unpredictable stock, with warehouses often running under or over a particular item.

W.K. King (one of the founding families of Strikeforce) saw an opportunity within the food brokerage industry — making notes of warehouse stock. Following this, he would facilitate a quick spot deal between two wholesalers to correct stock discrepancies. 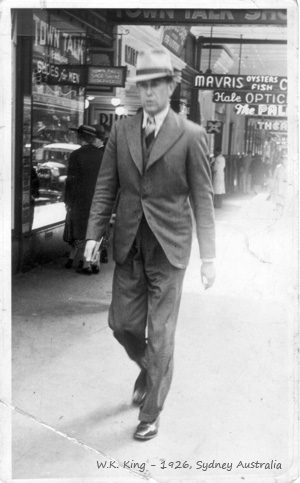 His business model caught the attention of Letona Peaches who asked W.K. King to personally represent their brand. The legend goes that he apparently sold a year’s worth of commissions in his very first month. With this shift in his career, he moved on from balancing stocks to food brokering officially — potentially becoming one of the first-ever food brokers in Australia.

1960 to the 1970s: How food brokering evolved into merchandising

Food brokerage continued to grow in popularity. By the 1960s, every state had a similar business model. Regional areas especially saw a major rise, as there would be over hundreds of different independent brands to represent. Each broker specialised in their local knowledge, they knew their region, from corner to corner which was much more effective than having someone turn up once in a while who didn’t know anything or anyone. These state-based businesses shared common clients as state-based buying offices were necessary for major clients. It was important to have a state office to be able to go and see these buyers, hence these companies parallelly developed across Australia.

At this point, W.K. King has set up his own family business — W.K. King Sales and represented Sydney. Hugh Hamilton (another one of the founding families of Strikeforce) had his family’s business located in Queensland, operating under the name C.C. Hamilton & Co (named after the founder). The Victorian counterpart was the Scott Marketing Group, and so on.

C.C. Hamilton followed a model akin to that of the Grocery Corporation; an integral branch of W.K. King Sales. It started as a business that helped a couple of grocery manufacturers who wanted representation in Queensland. Claude Charles Hamilton was a one-man band until business began to grow, consistently. In 1974, Hugh Hamilton joined the family business, bringing in years of first-hand experience of working with Woolworths as a manager. 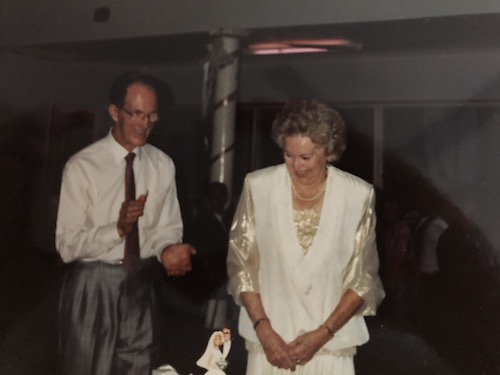 When W.R. King joined W.K. King Sales in the 50s, he began to expand on what his father had established. After adding more brands to the portfolio, it was in the 1960s that he added field representation as a service. This was a big shift within the business and marked the beginning of merchandising services as we know it today. Before then, field merchandising was never outsourced but the concept was built as a result of shared expenses; i.e. the cost of driving reps around, having a reps day only, etc. It was the first major step towards the retail giant known as Strikeforce AMC today — popularly known for its fieldwork and field activation services. 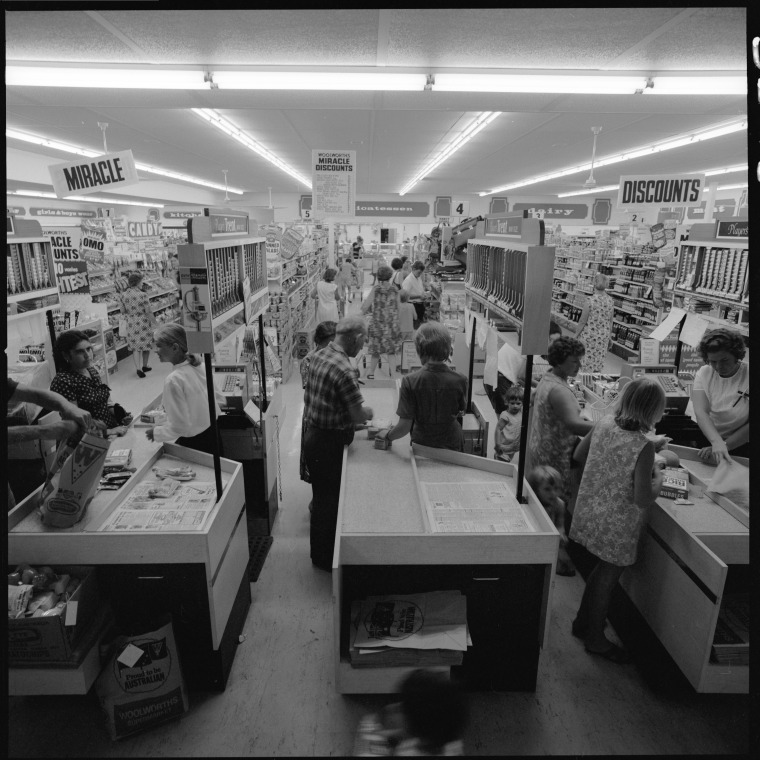 The mid-50s saw major moves made by Woolworths and Coles as well, which perhaps instigated this shift towards field merchandising. Woolworths had officially become Australia’s first nationwide retailer and Coles stores were making the shift to self-service stores. This called for an overhaul of grocery store management as self-service called for new space planning, distribution chains and logistics. Store managers and staff were no longer directly involved in the sales process, which meant packaging, floor space planning, and displays suddenly became a lot more important. 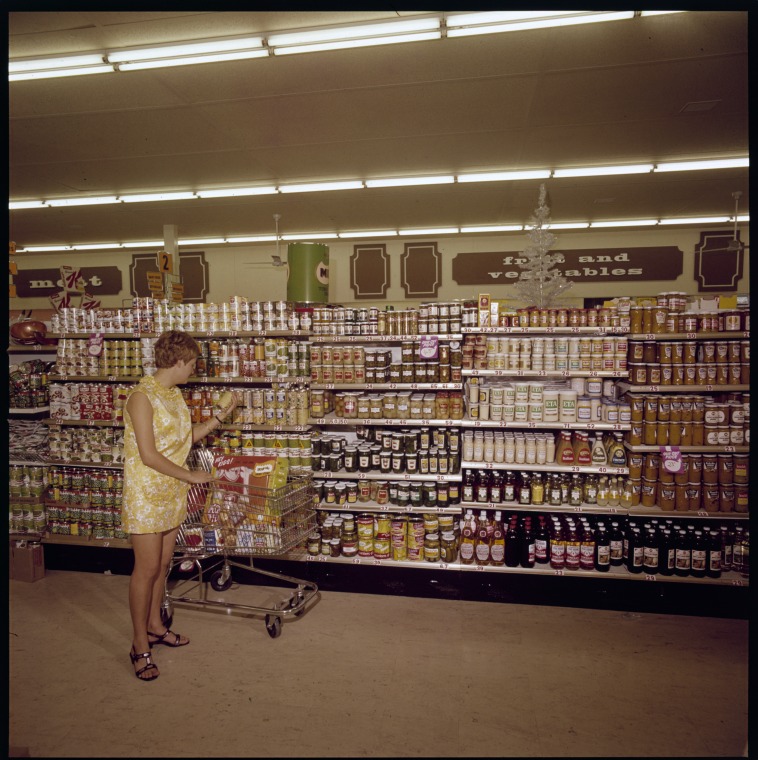 By the 60s, both retail giants had evolved into supermarkets, making field merchandising as a service, a necessity.

1970 to the 1980s: The consolidation of independent retailers

Leading up to the 80s, the industry was roughly broken down into 70% broker work and 30% fieldwork. There weren’t any formal food brokers or merchandising — there were just consultants who would pop in, see a product and give a company instructions. Different services began to be developed and offered by food brokers who originally started as commission agents.

For example, C.C. Hamilton started with handling specific state accounts and sales until a bottled milk powder manufacturer approached them to become their master wholesaler for all accounts and sales. Post that client, the business began to evolve and adapt to every client. When Sarah Lee approached them to purely do sales with commissions on top, the company developed a separate branch for sales and commissions. The services provided could involve state office work, acting as account managers or conducting sales with the Woolworths and Coles state offices. In some instances, the storage and distribution of stock for some companies was also a part of the services offered.

Due to their consistent work, C.C. Hamilton & Co won the National Small Business of the Year award under ‘Non-Manufacturing’ in 1988, which was a pretty big deal back in the day! 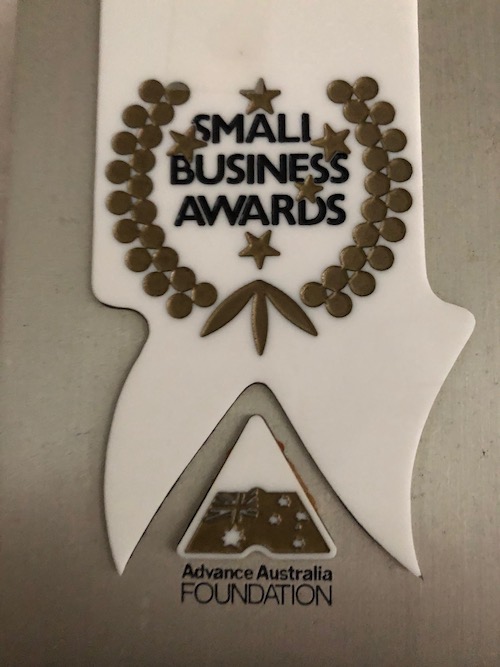 For the others, it was a similar story — as each client evolved, so would the business. One had to constantly adapt, to stay relevant. This became even more of a priority when major retailers began to consolidate, inspiring independent retailers to do the same. Independent accounts became less frequent especially with retailers continuously buying out independent supermarkets.

To answer to these changes within the industry, the state independent brokers began to rapidly focus on building and maintaining relationships with their wholesalers to keep accounts. Independents had dropped from about 40% of the market to a mere 10% as the 90s began to mark the death of broking.

When Woolworths and Coles consolidated their buying offices into Sydney and Melbourne, closing downstate operations, it became clear that these state independent brokers would have to mirror this arrangement. Thus, to streamline operations and cut costs, a union of sorts was formed, where the businesses remained separate entities while putting together one front — what we know of as Strikeforce today. From Woolworths and Coles’ point of view, Strikeforce was a seamless national organisation and it worked well for a few years.

The 90s also marked the age of the internet, leading to new technology within the workplace. Coles lists the 90s as a time of rapid change, within which inventory tracking was modernised through new technologies. Strikeforce too developed technology but that remained largely sales-focused, built for reporting rather than being retailer-focused. However, as Woolworths and Coles began to amp up their consolidations, technology and workforce, the evolving industry landscape required more from Strikeforce.

When it was decided that the current entity known as Strikeforce needed to be formalised, the directors came together to become shareholders. Additionally, AMC, which was a separate business, became Strikeforce’s biggest competitor. AMC was owned by five shareholders. When the topic of a merger was broached, both sides agreed on a merger of equals, united in their ambition to become bigger and better — to match the consolidations taking place within the industry. Together, the company became officially known as Strikeforce AMC.

When the best in the business combine forces, there’s a high level of expectation, which Strikeforce AMC has gone beyond. 2020 was a rough year for everyone, but the close working relationships that Strikeforce built with Australia’s retailers helped preempt curves and crashes through COVID. It is this constant stability that gives retailers the confidence to come back to Strikeforce and trust the company with their business.

Strikeforce is constantly anticipating, predicting and providing services that often, clients don’t even realise they need. It is this hunger that keeps Strikeforce as a business, on its toes. In 2018, the decision was made to further expand their expertise and grow their service solution offers — thereby leading to the acquisition of the Blueprint Group and their suite of complementary business divisions in 2019.

2019 was also the year Merx, a field management software solution, was launched. Built in-house, with global expertise from IBM, Merx is a one-stop-shop in remote controlling any field team. Following this achievement, Strikeforce learnt from feedback that clients struggled with strategy and headcount issues. Data and category insights were hard to come by and as a result, Strikeforce powered a new division to accommodate for these needs.

2021 marked a new beginning — the launch of Strikeforce’s brand new headquarters, right here in Melbourne. Today, Strikeforce is Australia’s largest retail services and shopper marketing agency. We activate sales and marketing solutions for any company wanting to connect its brand and products with the right customers across all retail categories in ANZ. We integrate consultative and activation services to ensure your investment converts to meaningful and measurable revenue goals. We are 100% Australian owned and focused on supporting our people and creating jobs for Australians. 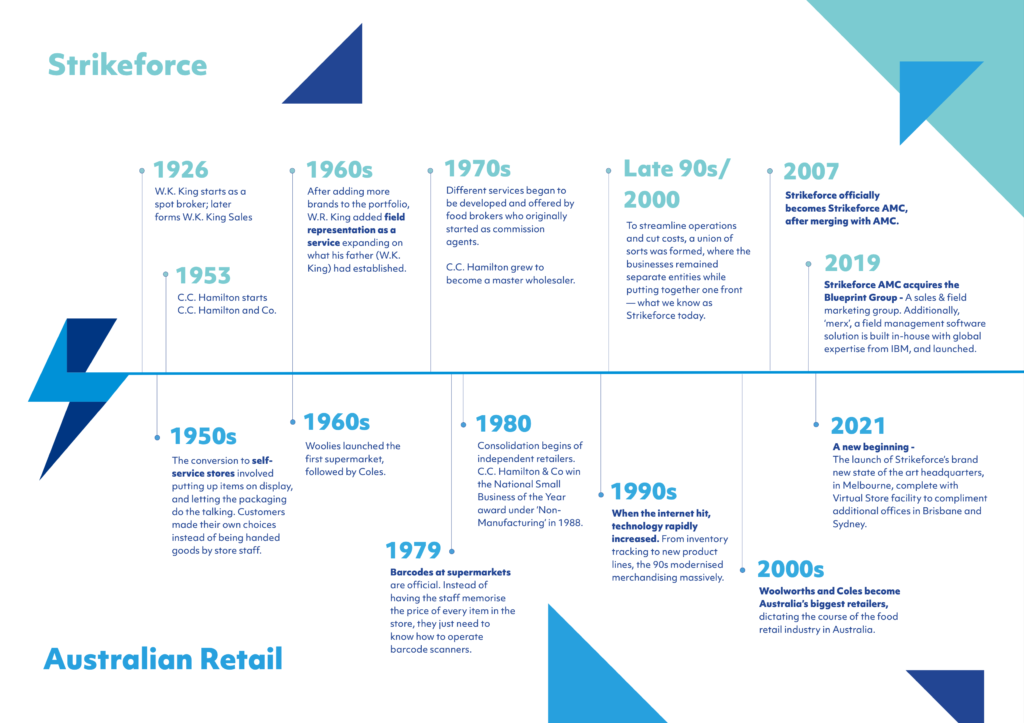 We are happy to assist you in clarifying the services you need and we only require a few pieces of information from you to get started.